A Focus on Laser Safety in Mines 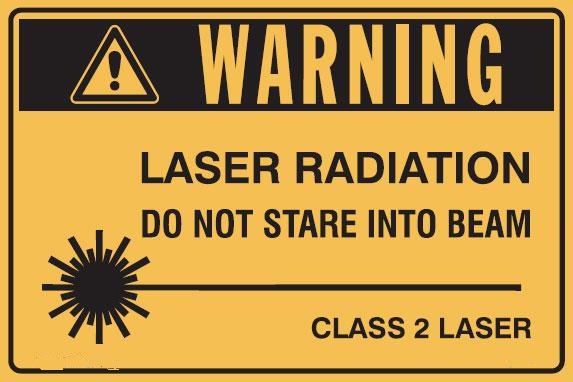 30 Aug A Focus on Laser Safety in Mines

Posted at 22:06h in Uncategorized by admin
0 Likes

Is Laser Safety Important in your Mine?

In 2009, Applied Resolution Technologies released an Intrinsically Safe laser product that utilizes the features of laser safety parameters to provide a more powerful, longer range, laser product for underground coal mine use.   This product uses a 20mm diameter beam at the laser and 5mW total output but still meets Class 2 laser safety requirements.  Because of the larger beam and increased power, it falls within a Class 2M Laser Safety Classification according to IEC 60825, the International Standard for laser safety.  In 2012, ART developed a new range of battery removable laser units to distinguish ourselves from the previous resellers of our products who had taken on a competitor.  In 2017, we expanded our product range with new options that include both Class 2 (1 milliWatt) and Class 3R (5 milliWatts) lasers, as well as our long range Class 2M laser systems.

Class 2M lasers by physical definition have better beam characteristics over long distances.  In automotive terms, it is like comparing a V8 to a 4 cylinder.  Our only competitor in supply of Intrinsically Safe lasers in Australia decided to classify all of their lasers as being Class 2M, where they were obviously not.  It could be deemed as deliberate false advertising, or just that they cannot do the maths, and have no concept of laser safety issues.

On recognising the misclassification, ART expressed concerns with one of Australia’s regulators of Mine Safety matters.  We even presented the maths.  However, some 6 years down the track, the deliberate misclassification of laser safety parameters still exists in the public domain, and the regulators have  not addressed the blatant lack of compliance to Australian Standards. What is perhaps as disturbing is that the underground coal mines themselves have not recognised the issue, indicating that there is a lack of laser safety awareness in the sector.  This has been perpetuated by a lack of attention from the Inspectors despite them being aware of the lack of awareness.

When VW deliberately misled the market over diesel emissions, they were heavily fined and products were recalled from the market.  Severe penalties were imposed.

So what does ART believe should be done about this?  We believe that all deliberately mislabelled products that do not meet the requirements of the Australian Standards should be withdrawn from the mines.  We believe that appropriate laser safety training needs to be undertaken in mines.    After all, it is a safety issue.  If safety issues are let slide for some weird reason, then the industry is on a slippery slope.  If I bought a vehicle that supposedly had a V8 in it and discovered it was a 4-cylinder, I’d be going for a refund.

Laser Safety Classification does not require independent testing.  It is achieved by calculation and reference to Standards.   Simple “Rules of thumb” can be used to simplify the confirmation that your lasers are actually correctly Classified.

If you require further information, we are happy to discuss these issues with you and back it up with documentation.  I have over 30 years experience in laser technology, a PhD in Laser and Molecular Physics, and a responsibility to expose laser safety issues in hazardous work areas.  Knowing there is an issue in the industry means we have a responsibility to call it out for what it is.